How do you open the command prompt?

There are various options for accessing the command line in Windows. The command line is the CMD.EXE program. This executable file can be found in the system directory of Windows folder. The key combination Win + R. Then have to do is type “cmd” into the search field and press the OK button.

Date command displays the system current date and can change the date of the system.

The Time command shows the current system time and also changes the date of the system. Its defaults to 24-hour format, but can optionally enter the time in 12-hour format by appending a, am, p, or pm to the time you enter.

Tasklist command displays a list of currently-running tasks. It also displays the process ID number of each running task, name of the executable program that started the task, and, when available, the window title. It can optionally display the process priority, the modules (dll’s) loaded by that process, the startup command line, the memory usage, the class name of the main window of the process, and the cpu usage.

The schtasks command enables an administrator to create, delete, query, change, run, and end scheduled tasks on a local or remote system. 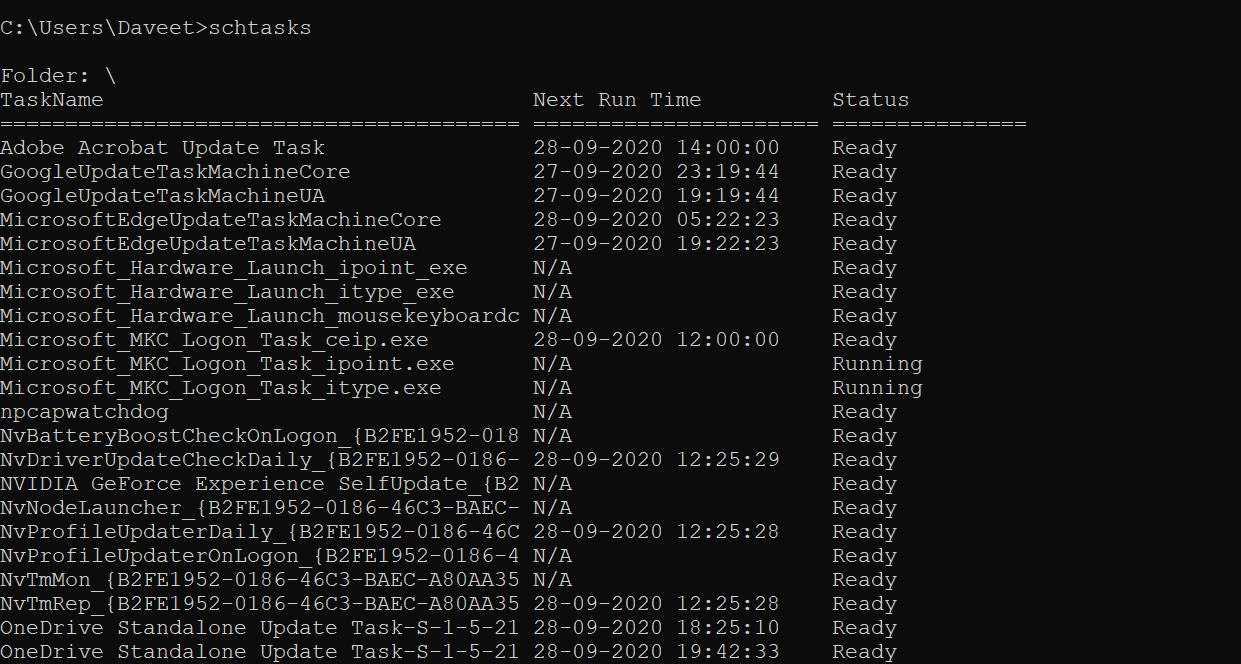 WMIC is the abbreviation of Windows Management Interface Command, is a simple command prompt tool that returns information about the system. WMI command generally used to query all of the system-related information like Computer Name, BIOS Serial Number, Mac Address etc. 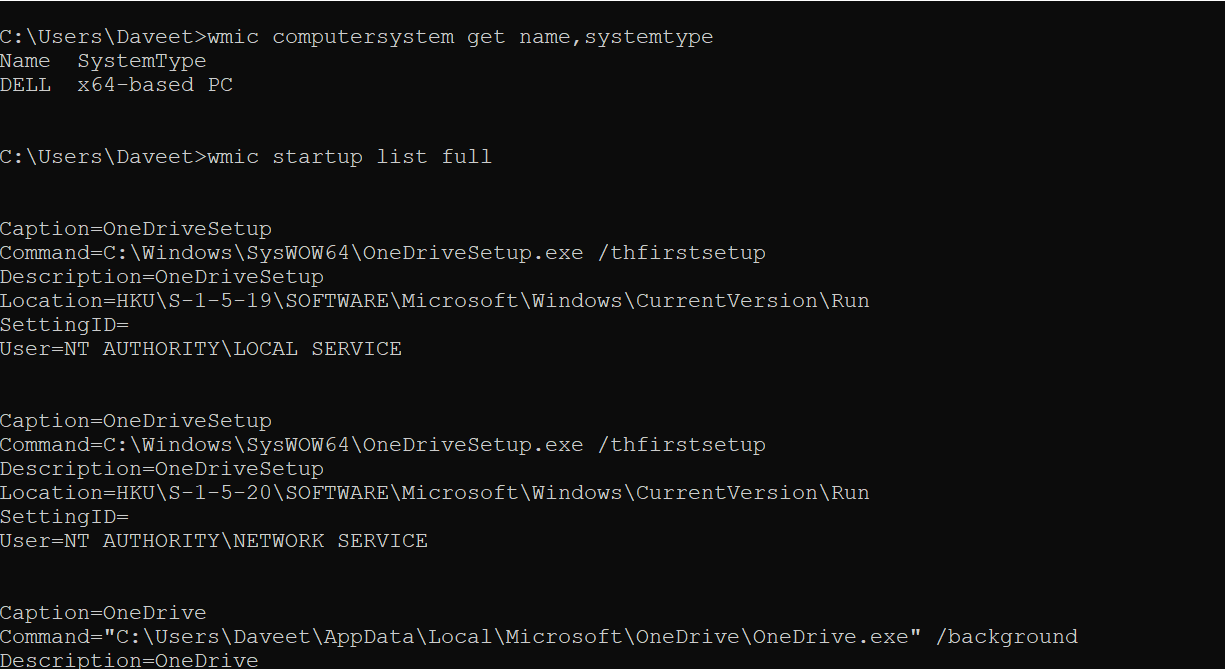 The Tree command in the windows command line displays a graphical directory tree. It will display a tree for each specified directory. If none are specified, the tree for the current working directory is displayed. 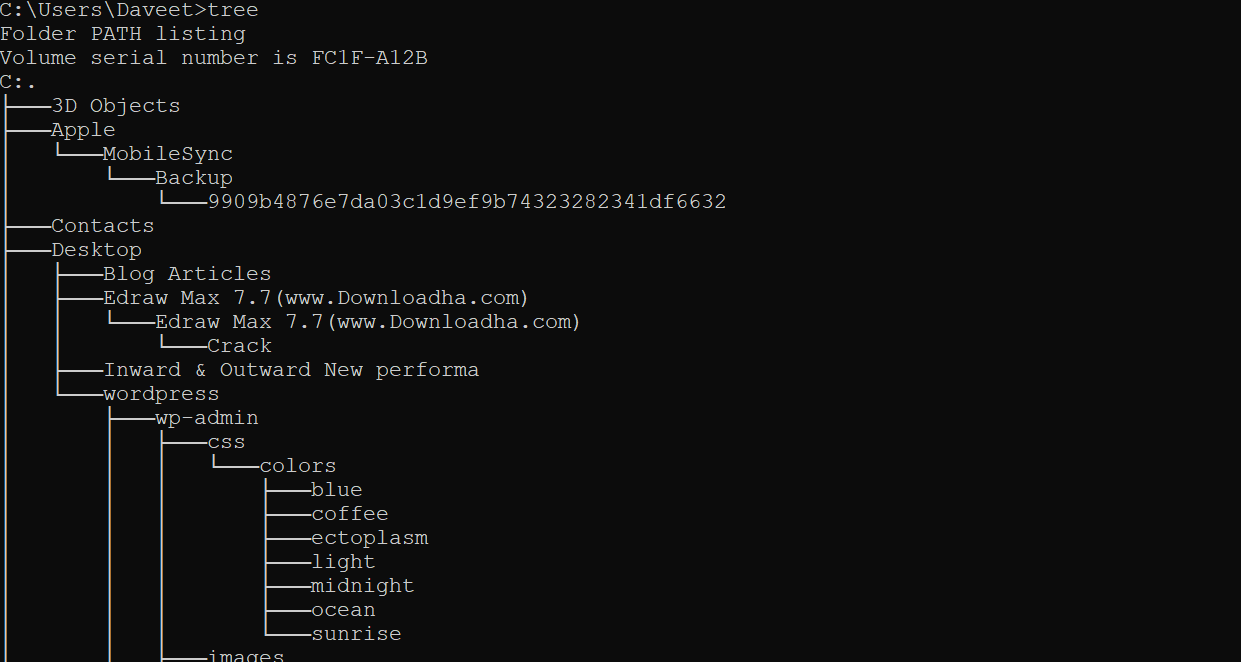 Network shell (netsh) is a command-line scripting utility that allows you to display or modify the network configuration of a computer that is currently running. Netsh can also save a configuration script in a text file for archival purposes or to help you configure other servers.

netstat displays that show network status and protocol statistics. It can show the status of TCP and UDP endpoints in a table format, routing table, and interface information.

ARP stands for Address Resolution Protocol. The primary function of this protocol is to resolve the IP address of a system to its mac address, and it works between Data link layer and Network layer 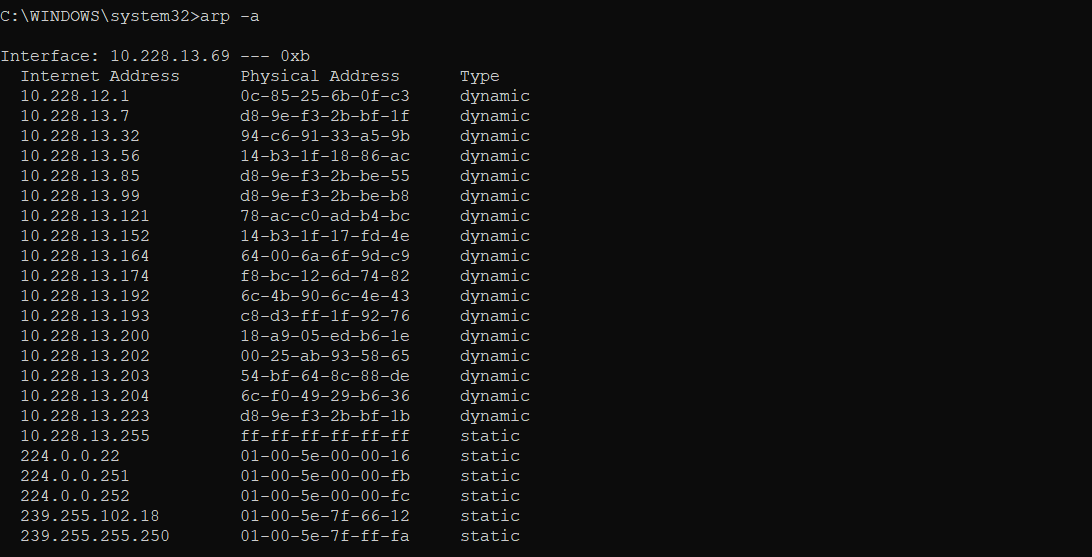